This article was published 14 years ago
Reviews 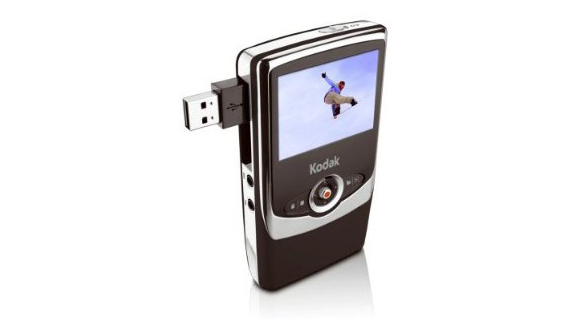 Kodak’s attempt at the mini-camcorder: The Zi6 – Image credit: Kodak

Every since the Flip Mino camera was introduced, almost every camera manufacture has one of their own.  Even companies that don’t make cameras are getting into the market.  I’ve been looking for a mini camera to carry around because my main camera – Sony HDR-SR11 – is too big to carry in backpack.  I chose the Kodak Zi6, mainly for financial reasons.

I made the right choice.

Out of all the mini-camcorders, this is the cheapest ($179.99 MSRP) camcorder that not only records in 1280-by-720p HD – either at 30 or 60 frames per second – but also has a 3 megapixel camera.  From viewing the output, I don’t see a difference between the 30fps video and the 60fps video.  The only difference is how much you can use the lens for zooming on an object.

Not only is this camera the cheapest mini camera available, but it’s also the only camera (compared to Flip Mino and Creative Vado) that has a SD High capacity expansion slot for extended storage that accepts cards up to 32GB.  It’s highly recommended that a SD card is used, since the internal memory is only 128MB.  It would have been nice if a SD card was included, even if it was only 1GB.

But this camera does have its negatives, like using rechargeable batteries instead of a rechargeable battery pack, which you can’t charge via USB.  The microphone records in mono and you can’t use an external microphone.  In camera mode, it takes decent photos at 3 megapixels resolution (click on photo to view the photo in native mode).  I don’t recommend using this camera at night as it brighten the photos when you take them but you do get some cool effects if street lights are in the photo.

Even though this camera does take decent photos, this camera wasn’t designed for video photography.  Plus, I haven’t see a video camera that takes decent still images.

If your looking for a camera that takes high-definition videos, decent still photos and don’t mind carrying a battery charger; this camera is for you.  You won’t be disappointed by the results of this camera.