This article was published 13 years ago
Wireless 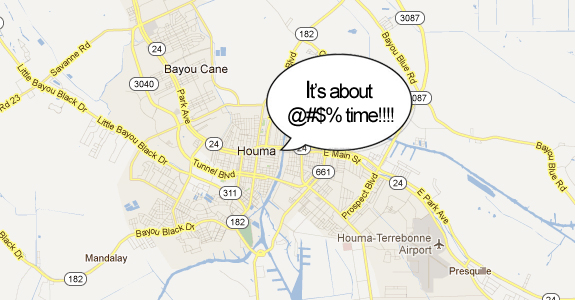 The AT&T wireless network in New Orleans, Baton Rouge and Lafayette have long been upgraded to 3G. Houma and Thibodeaux do not. Now the Houma AT&T network will finally upgrade to 3G at the end of year, an AT&T spokesperson confirms to ControlAltTV.

Sue Sperry, AT&T Louisiana spokesperson, slipped in the information when asked about whether New Orleans and Baton Rouge have switched to the 850Mhz spectrum.

“Both New Orleans and Baton Rouge are on the 850 Mhz, with Houma to be added later this year,” Sperry said in an email interview. Those that live, or have travel, in the region will tell you that the AT&T network is not on the 3G network.

Its unclear which cell towers in the area will be upgraded to 3G but Sperry did tell us that the entire Hwy. 90 corridor will not be covered in 3G.

“Morgan City is next year but I don’t have the timeframe yet,” Sperry said.