This article was published 11 years ago
Media

106.1 is in with the Hornets and other format changes for southeast Louisiana radio 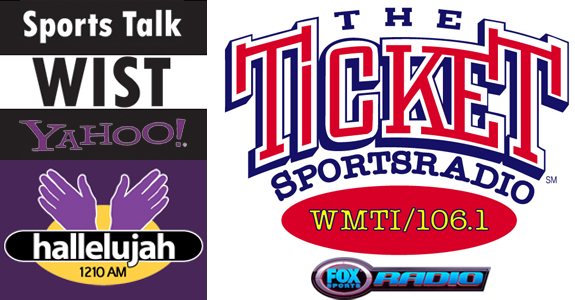 The radio dial in southeast Louisiana will be different this year with a trend towards sports programming as one station drops sports, one switches affiliates and one station rebuilds around the New Orleans Hornets.

Baton Rouge lost a sports station with local programming as 1210 WSKR-AM flipped to gospel music “Hallelujah” 1210AM WLRO-AM at midnight Sunday. WAFB-DT has the story on how and when radio personalities were informed of the decision. Also gone in Baton Rouge is a Fox Sports Radio affiliate as well as Jim Rome. No word yet if positions at other stations have been offered to those laid off but reports indicate that Jimmy Ott, who already has a show on Pelican Sports TV, has a new home in New Orleans on WIST radio.

Speaking of WIST, the station has a new sports network affiliate with Yahoo! Sports radio (formally called Sporting News Radio) after losing its’ Fox Sports affiliation [more on that later]. Added to the lineup is Steve Czaban in the morning and Tim Brando in mid-morning (9 – 11AM) and whoever does the evening shift on Yahoo! Sports Radio.

WTMI also brings back national syndicate shows Dan Patrick and Jim Rome, who hasn’t been on the New Orleans airwaves since 2008, as well as Hornets radio color analysis Gerry Vaillancourt (also known as Gerry V.), who had a popular radio show (according to Wikipedia) on WODT-AM from 2004 to 2006.