Entergy to turn headquarter skyscraper into a Twitter bulletin board; nothing can possibly go wrong 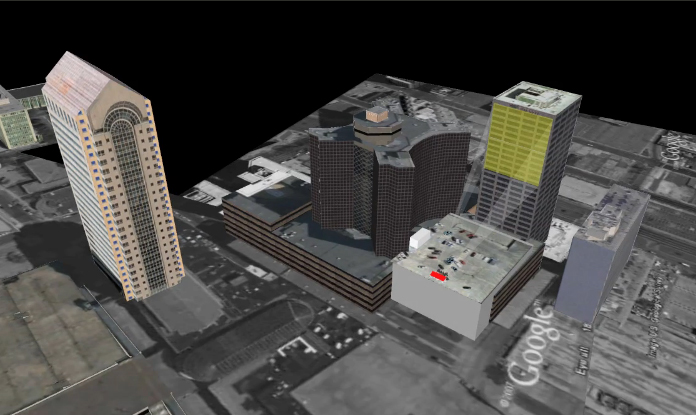 An artist rendering of a projection on the Entergy skyscraper. The project will project tweets on the building during the BCS national championship between LSU and Alabama. – Image credit: Times-Picayune

The Entergy-powered lightbulb went off in someone’s head when asked how the electric-provider in three states can capitalize on the BCS championship game between the LSU Tigers and the Alabama Crimson Tide by turning the corporation’s headquarter skyscraper near the Mercedes-Benz Superdome into a interactive Twitter billboard.

The Times-Picayune has the story on how big the billboard will be and the technology used to display it but I’m sure the company doesn’t know that the system can be used for mischievous reasons.

“It’s about the engagement with the audience. If it’s related to LSU or the game itself, or if they want to say hi to their mom and see their Twitter handle up there, I think that would be pretty cool up on a building.”

To borrow a phrase from the Simpsons, ” . . . nothing can possably go wrong” (video makes it work but I can’t find it)

If the company believes users are only going to tweet “Geaux Tigers”, “Roll Tide” or “Hi mom”, they really need a reality check as most of the messages will probably be: deals for bars in the French Quarter, irate fans calling each coaches’ mother a prostitute, Nick Satan, links to a naked Tyrann Mathieu (a.k.a the Honey Badger), New Orleans natives tearing Entergy about how high their utility bills are and how long it takes for the company to restore power after a thunderstorm or sportswriters that want a playoff system.

Should be fun to watch tonight (early preview for the NFC wildcard game between the Saints and Detroit Lions) and again on Monday night!