This article was published 10 years ago
Video Games

Five terrible things about the 2012 E3

The only excitement this year was how much violence was used to promote upcoming games, while at the same time trying to convince us that playing video games do not induce users to perform violent acts of nature.

Besides the use of violent marketing and the calls for would-somebody-please-think-of-the-children, game studios took center stage to showcase their releases for 2012 and 2013.

While it was a stretch to come up with five games to look forward towards; it was not difficult to produce the five worst items of this year’s E3 gaming expo.

The Medal of Honor series had a very unique feature to the first-person shooter; Electronic Arts hires former military personnel as consultants to make the game feel like the player was in actual battle at historic battlefields during World War II – Pearl Harbor, Midway, Guadalcanal, just to name a few.

Medal of Honor: Warfighter feels like the series has pivoted to compete with the Call of Duty franchise. This will be the first time that a Medal of Honor game will not be based on military operation but instead be based on real-world conflict zones. In addition, players will not only be taken to terrorist hotspot zones in Somalia and the Philippines but EA decided it was a good idea to combine the plotlines of The Lucky One, In the Valley of Elah, Stop-loss and The Messenger and have gamers play the role of a solder that returns home from active duty to a broken family and must repair it.

Electronic Arts will try to spin the addition of a drama storyline as a way for gamers to see that battle is real and war is hell. Gamers will cynically respond that EA did this because the company is still recovering from negative publicity after the play-a-terrorist in multi-player mode from the last game.

While this game was on the five good things that came out of E3 this year, it also made the worst of E3 because we don’t know if Ubisoft will address the many criticisms of the previous game and make corrections that pleased the faithful audience of Splinter Cell.

Besides addressing the criticism of the previous game, the biggest reason for being on the list: no Michael Ironside.

Crytek’s Crysis 2 was the only video game that really freaked me out. It wasn’t so much the game itself that bothered me as it was the soundtrack that accompany the gameplay (particularly the guitar riff).

Crysis 2 was a hit, giving Crysis 3 a huge bar to jump over.

Besides showing us how realistic the CryEngine game engine is by showing water drops or the winds ruffling leaves on tree, the plotline for Crysis 3 is that while Alcatraz/Prophet eliminated the alien race, known as the Ceph, the mission for the next game – according to the Ubisoft press conference – is to eliminate the remaining Cephs still in New York. 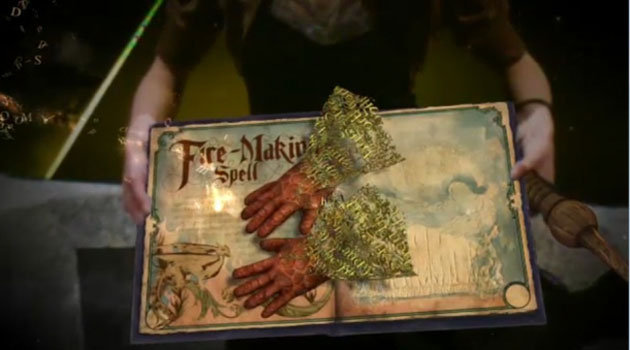 That loud noise you heard screaming across the country during the Sony Wonderbook presentation was librarians and teachers, proclaiming “GOD FORBID A VIDEO GAME CONSOLE HAS TO SHOW A CHILD THEIR IMAGINATION WHILE SOMEONE NARRATES A BOOK TO THEM.”

It’s a bold attempt at augmented reality but AR never really got on as people hoped it would. Sony got huge deal with author J. K. Rowling, the famous author of the Harry Potter books. Only problem is that the deal doesn’t include ANY OF THE HARRY POTTER BOOKS.

So with a big author on-board without access to her biggest titles will make Sony Wonderbook in the same category as PlayStation Move; it still exists but only gets a brief mention in press briefings.

Grand Theft Auto only made the list because it didn’t have a prescient at this year’s conference. While we don’t know why Rockstar decided not to participate at E3 this year, it could have been either the game is behind schedule or RockStar wants to have a private event and not have to shine the spotlight with other game announcements.

I’m going with the last statement as it fits with the current rumor hitting the net.