Streaming is eating into TV ratings of the Super Bowl

TV ratings for the Super Bowl came out yesterday and while the game became the third most-watched television event in the country with an average of 108.4 million viewers, ratings were down compared to last year (111.3 million). Online numbers were released today and 3 million unique viewers watched the game online at CBS, up 900,000 viewers from last year when NBC streamed the event. 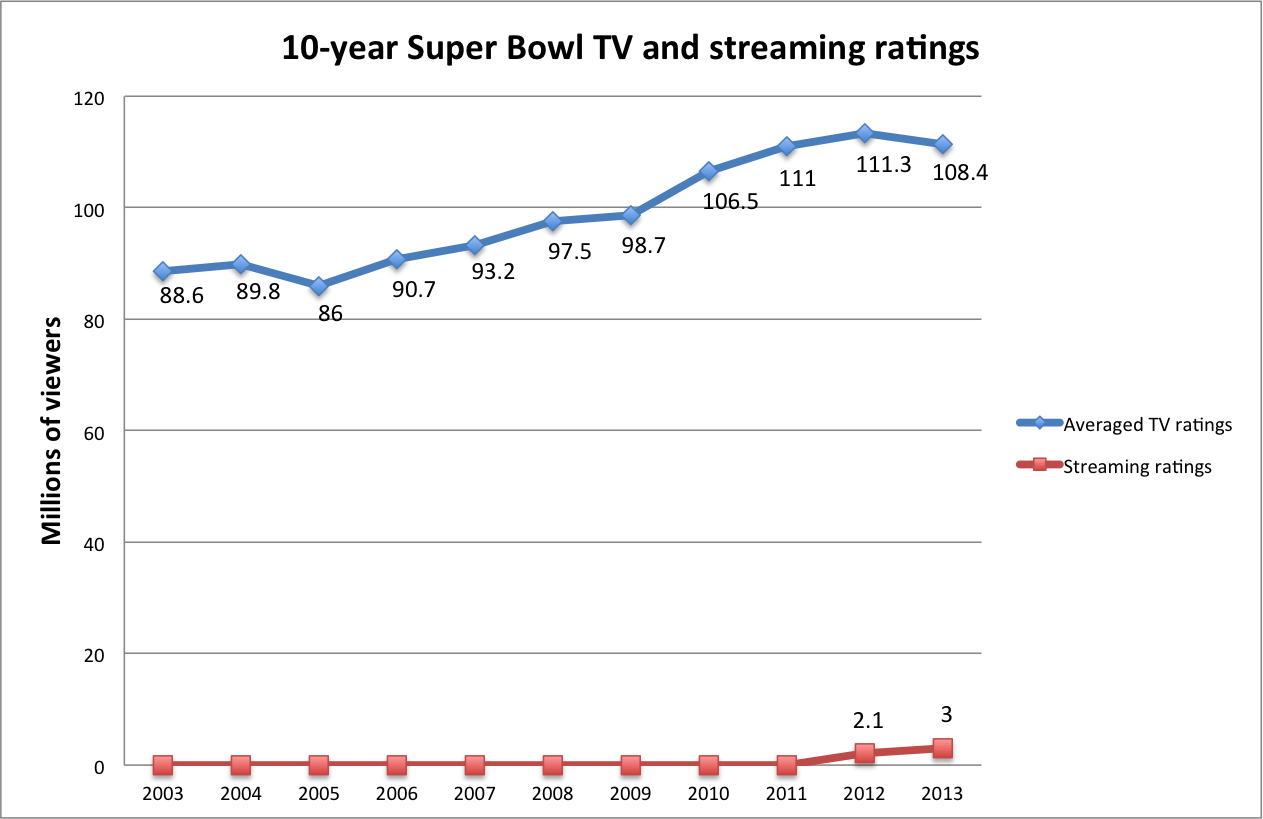 When you look at the chart above, it’s pretty clear that online numbers are taking away TV viewers. TV executives will dismiss the motion that online numbers are eating into TV ratings of the Super Bowl because hundreds of millions of viewers will watch the game on a big-screen TV instead of a small screen. That is true as well as the fact that people watch the big game in groups either at parties or bars, which are not included in the final TV ratings.

But the trend is going in that direction, especially since the Super Bowl TV commercials as well as the halftime show were add the Internet stream this year which was not last year.

And since the trend is going towards online, expect these items will occur:

Something else to consider: could this downward trend in the TV ratings indicate that the popularity of the NFL is starting a downward trend? I don’t see it but it’s something that should be in the mind of the NFL.