When a disaster strikes, minutes – if not, seconds – can be the difference between life and death. We’re seeing a trend where people get their information from social media accounts instead of watching local TV news or listening to the radio. But a disturbing trend is emerging where media outlets like to prefer popular social media networks instead of the smaller ones. In the Hattiesburg, Miss. tornado that struck Sunday, one media outlet chose the popular network and alienated the other.

When the National Weather Service issued a tornado warning for Forest and Lamar counties, NBC-affiliate WDAM-DT leaped into action and provided viewers with life-saving up-to-the-minute information as a tornado headed towards Hattiesburg and the University of Southern Mississippi campus. This included several social media accounts. This is what their Twitter account looked like at 2AM Central. 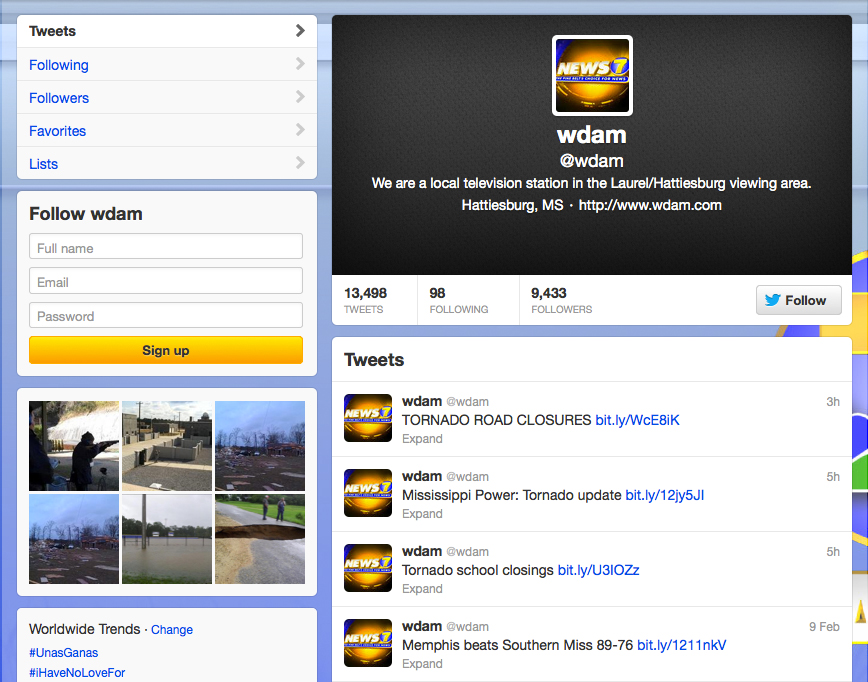 Three messages and they all link to their website. What’s even sadder is their scaled-down competitor – WHLT-DT – was providing more updates on their Twitter feed than the juggernaut TV station in town. How scaled-down is WHLT? Their newsroom is located at their sister-station, WJTV, in Jackson, Miss. 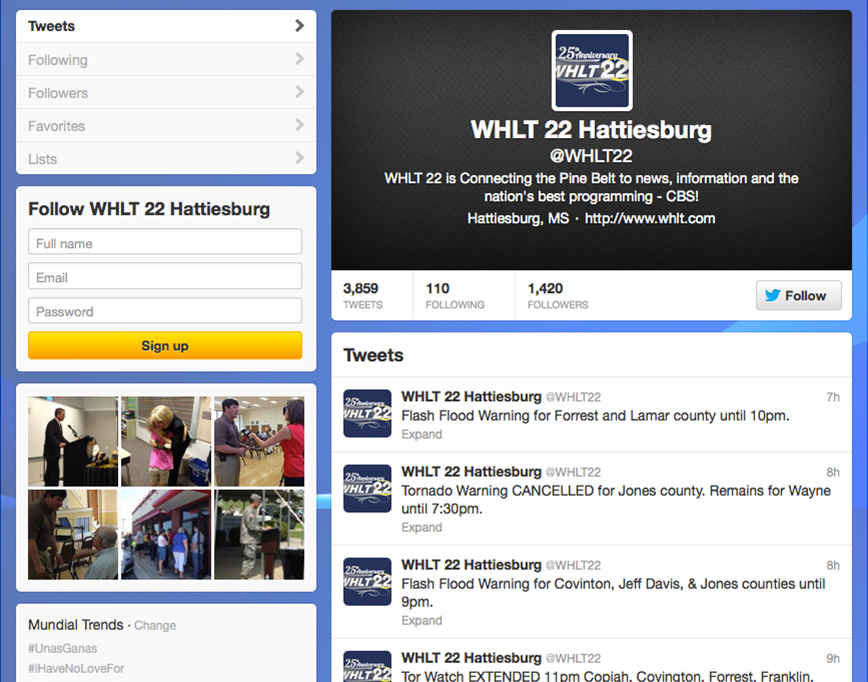 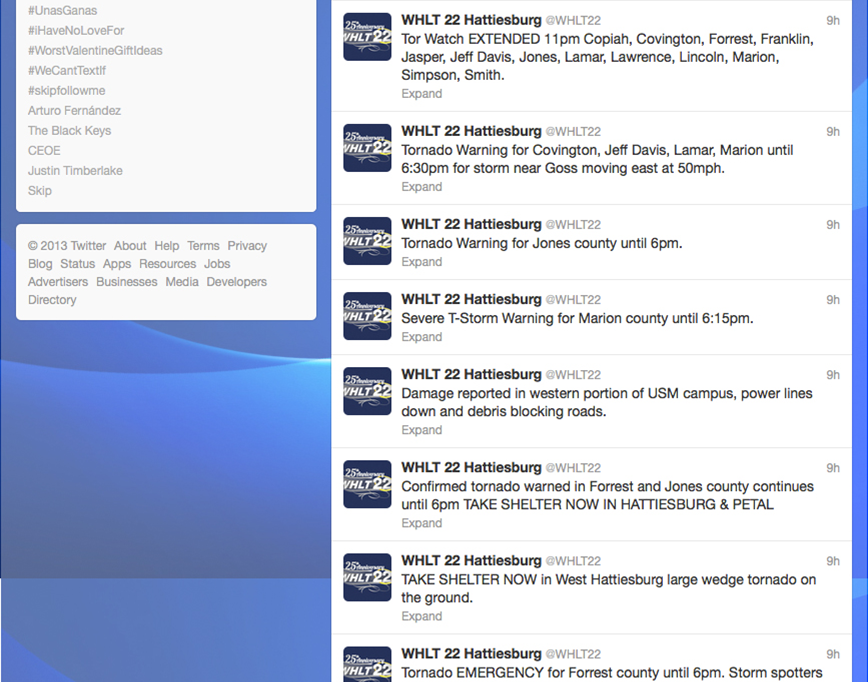 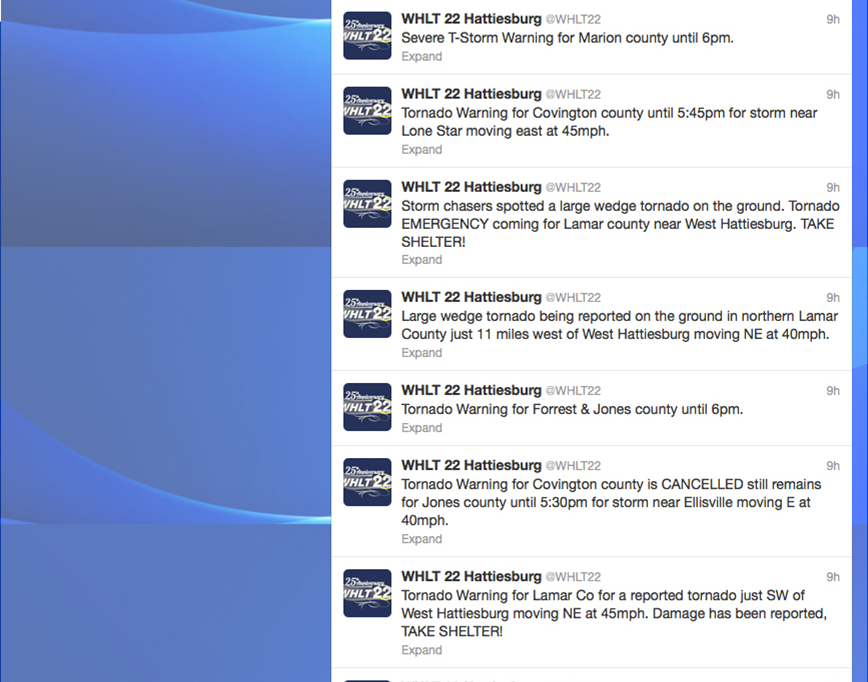 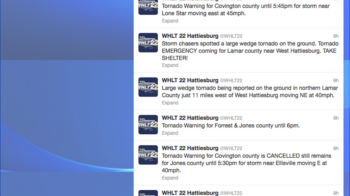 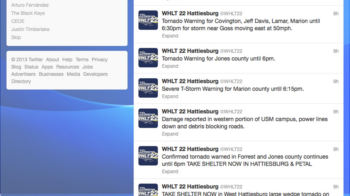 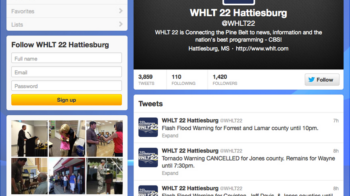 Even with the scarcity of Twitter updates, WDAM did update their Facebook page with critical information as well as photos from viewers. One could argue that more people were on Facebook than Twitter (30,000 to 9,000) but in a life or death situation, you need to broadcast on every channel you have and not just one that has the most users.